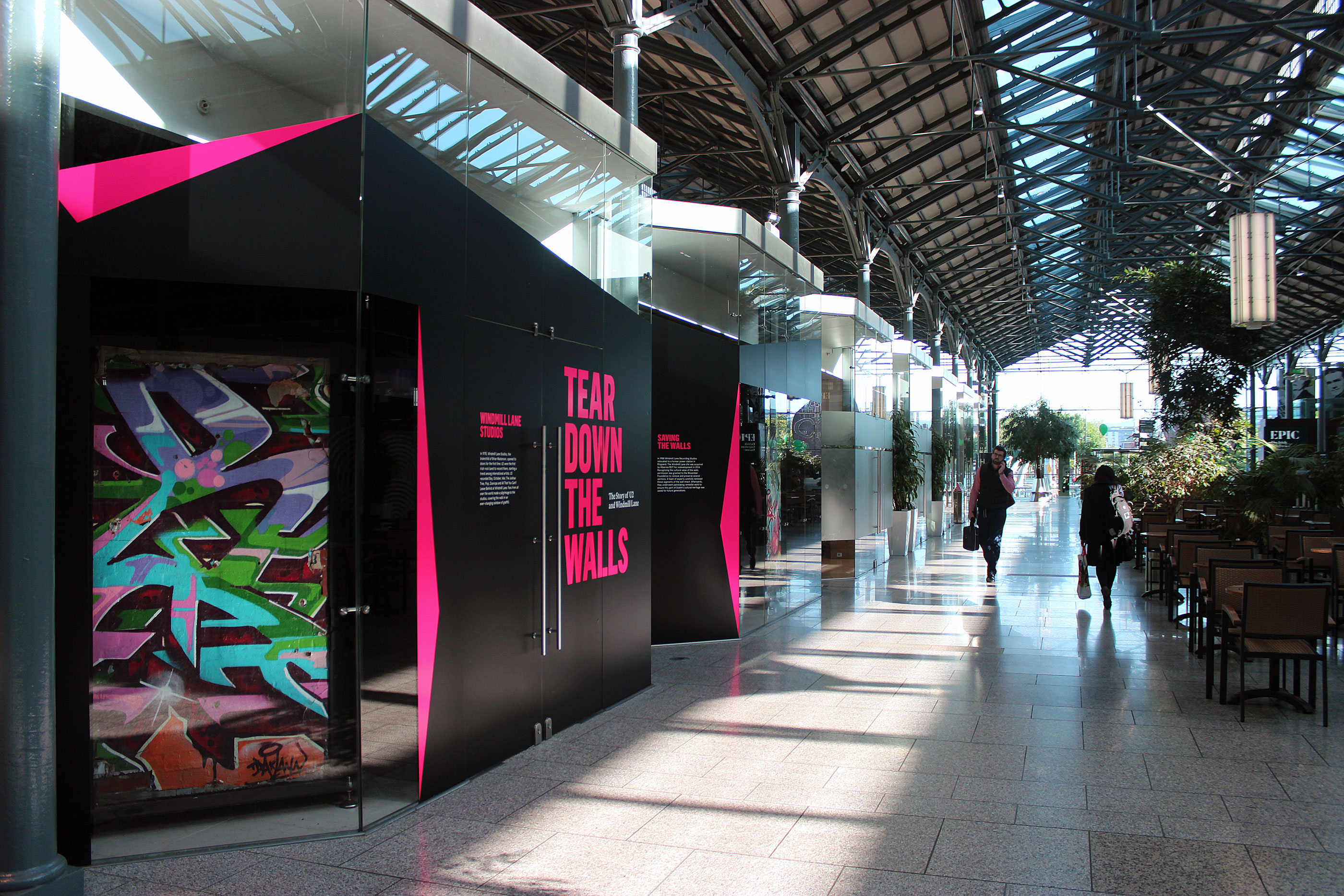 Tear Down The Walls

Windmill Lane Studios, opened in 1978 by Brian Masterson, became synonymous with U2 who recorded multiple albums there. Fans from all over the world made a pilgrimage to the studios, covering the walls in graffiti. When the site was being redeveloped in 2014 the Movember Foundation was granted permission to remove and preserve several sections. In 2019 they were displayed by EPIC Irish Emigration Museum to pay tribute to the great Dublin Docklands landmark and to support Movember. I designed a vinyl application to repurpose the retail units. The matt black background allowed the walls to stand out and fluorescent pink was used to draw attention. 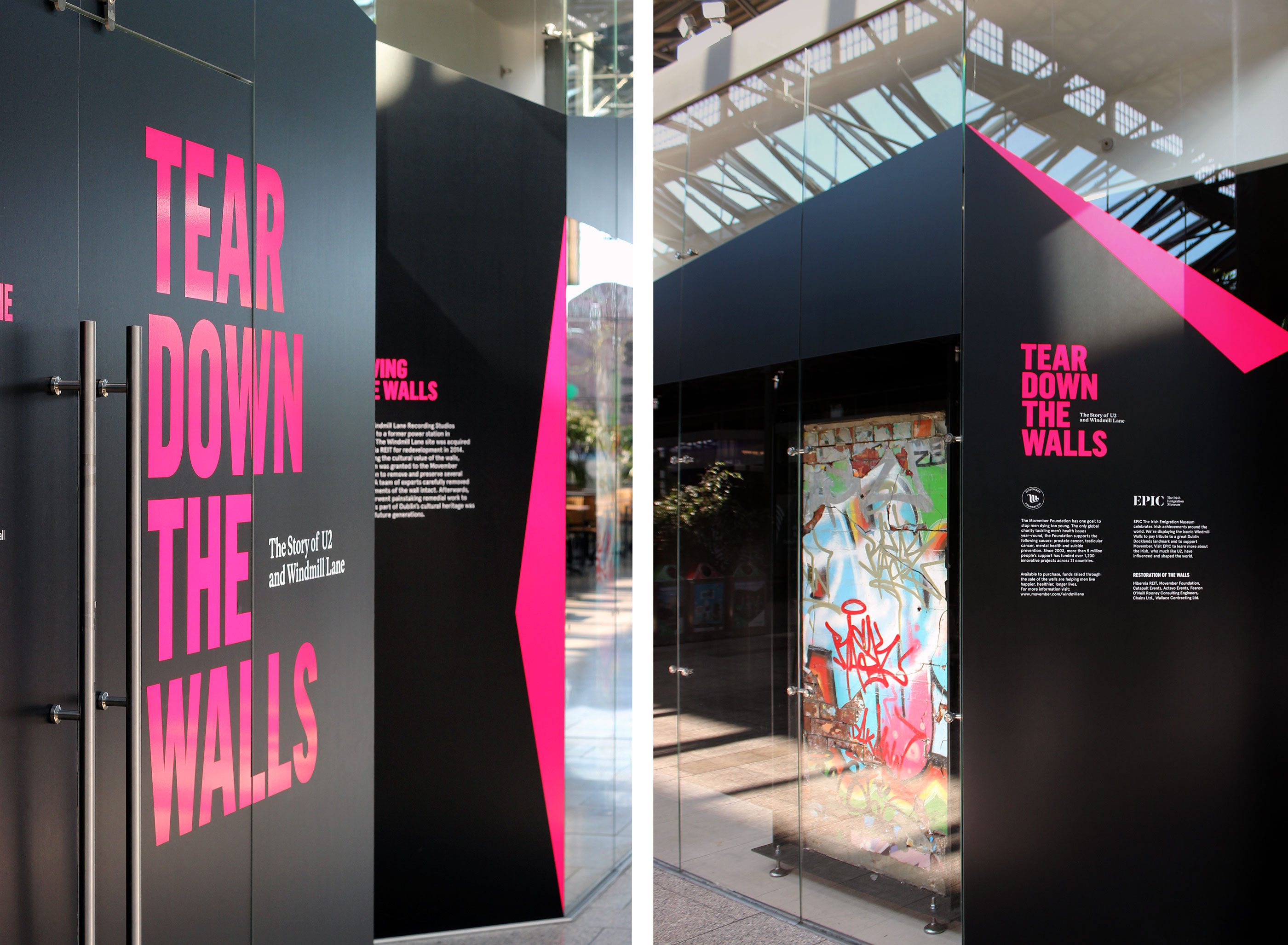 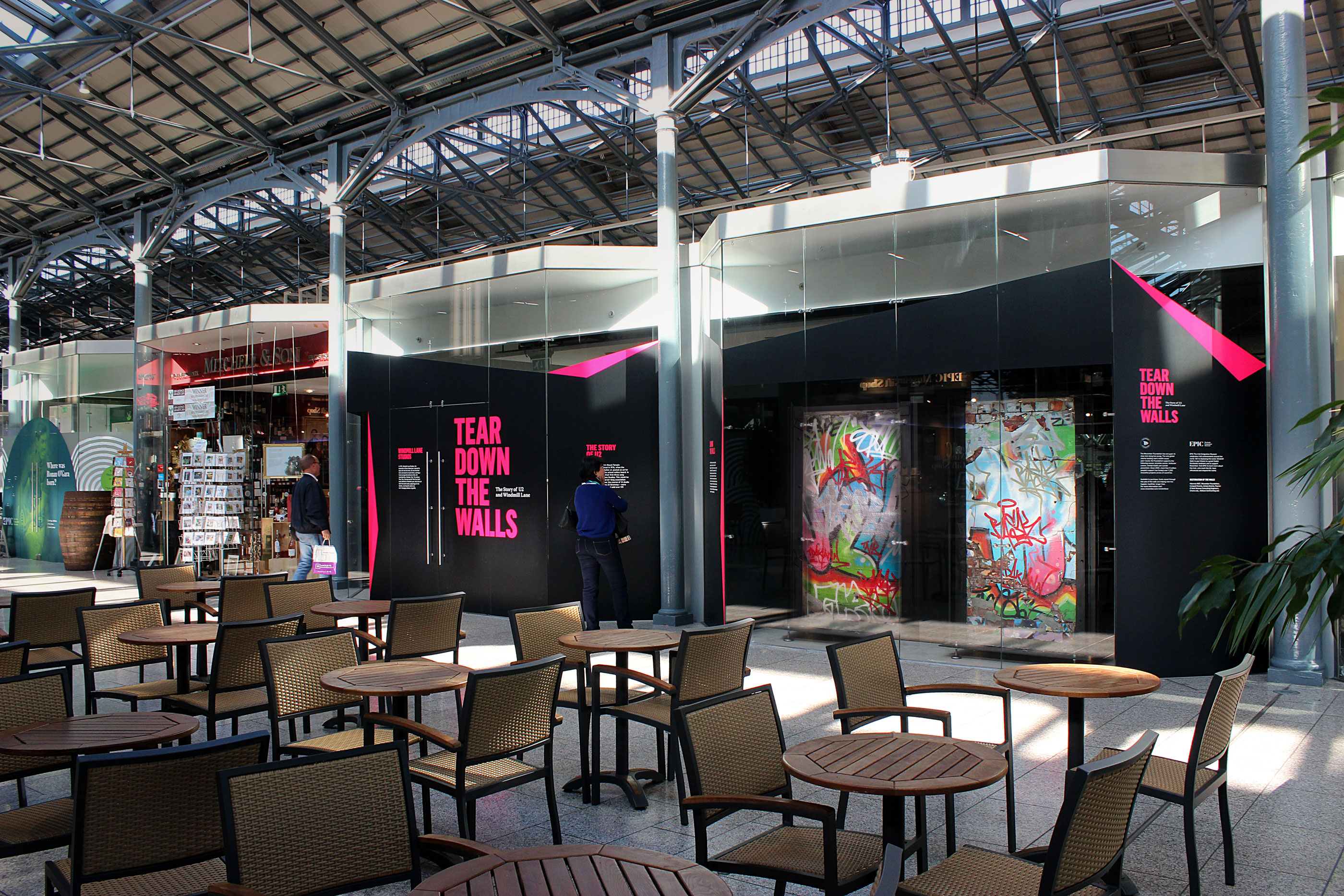 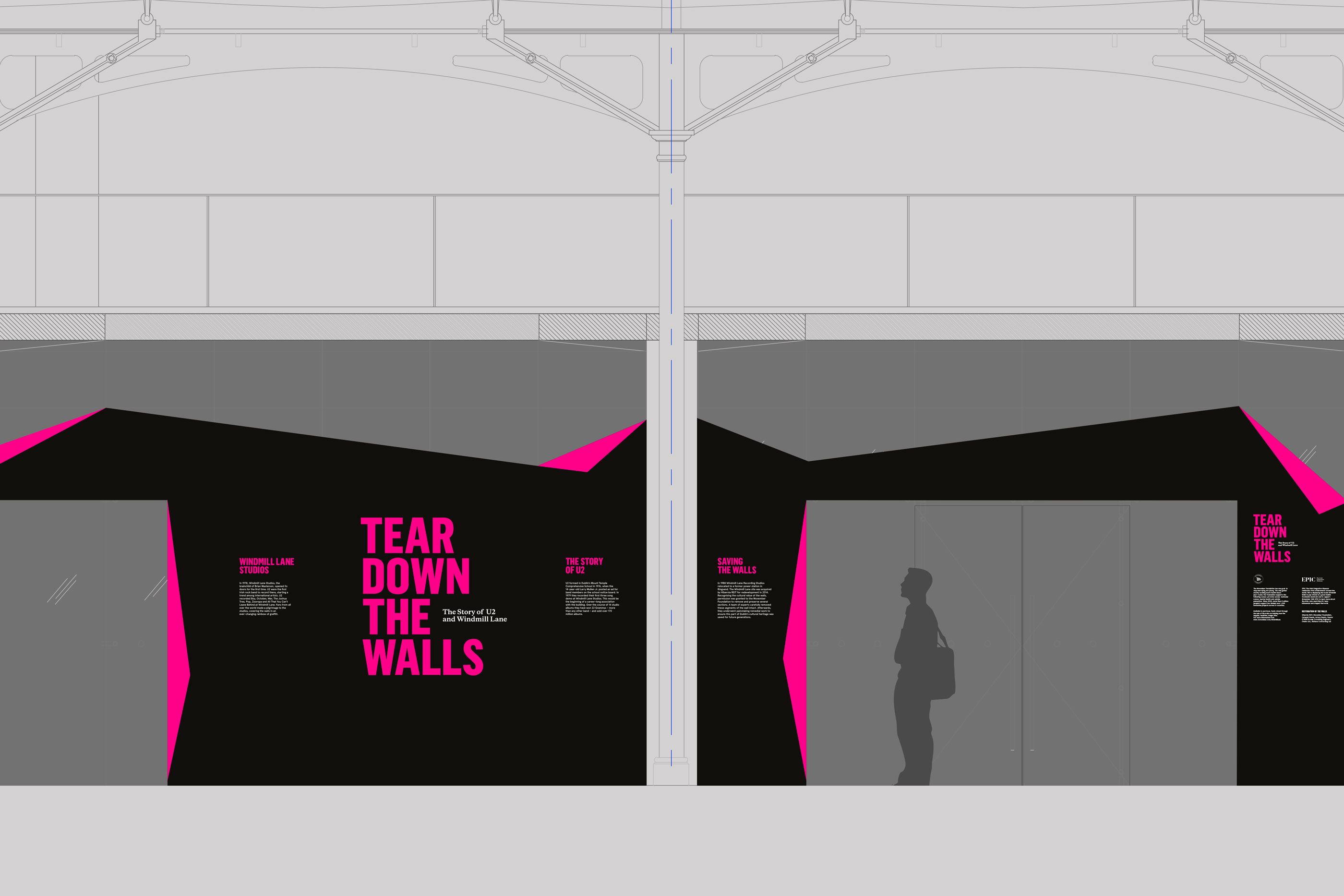