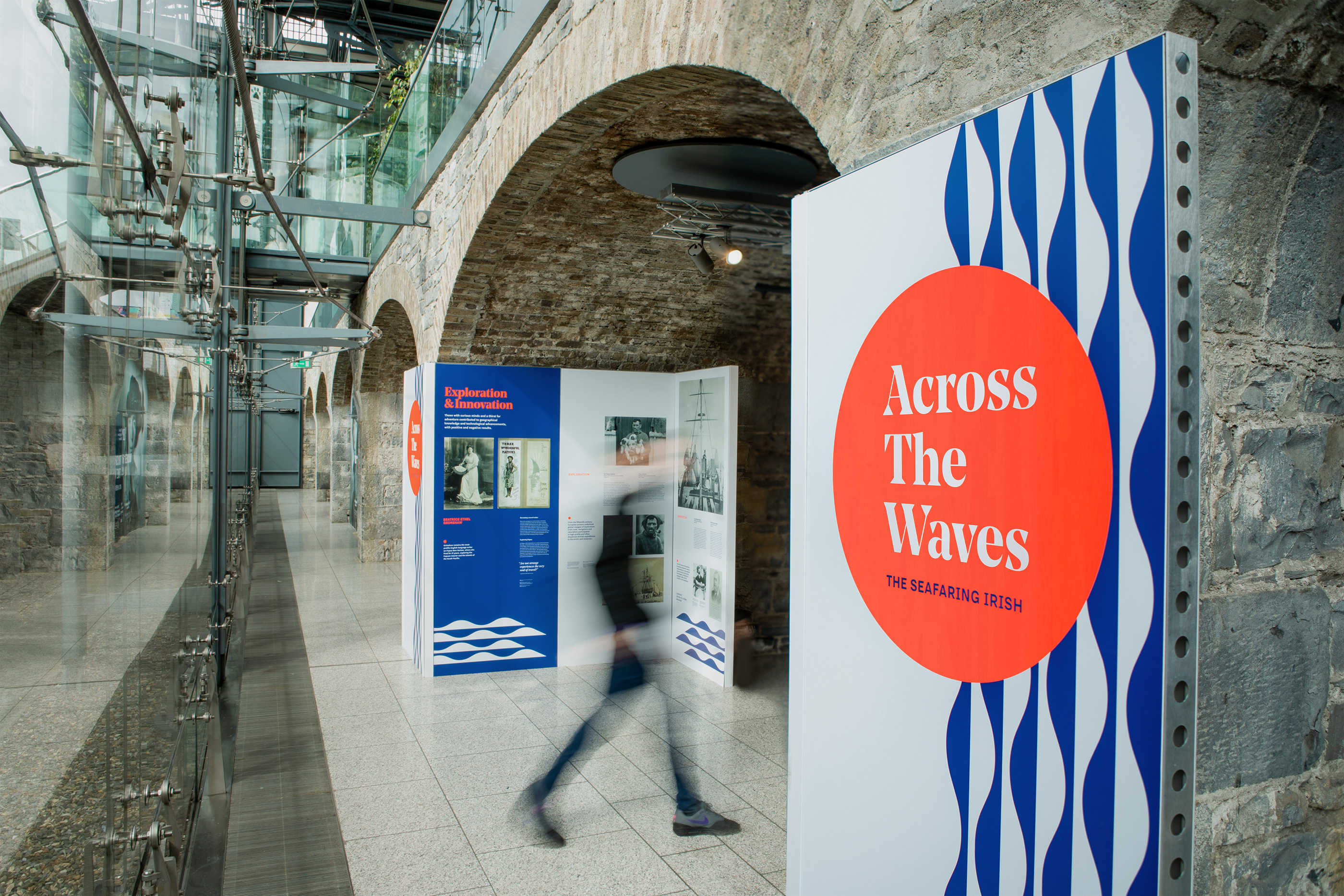 Across the Waves Exhibition

The Across The Waves exhibition was produced by EPIC The Irish Emigration Museum in partnership with the Department of Foreign Affairs and Trade. It tells the long story of Irish people’s lives at sea through compelling case studies representing the Irish diaspora from c.1600–present.

The exhibition identity uses fluorescent orange, commonly used at sea for its high visibility, set over a blue wave-inspired pattern. Fluorescent vinyl titles were applied to the matt printed panels, along with small circles highlighting the introductory paragraph on each panel.

The exhibition launched in the stone-clad vaults of EPIC before being displayed in various Irish embassies worldwide. 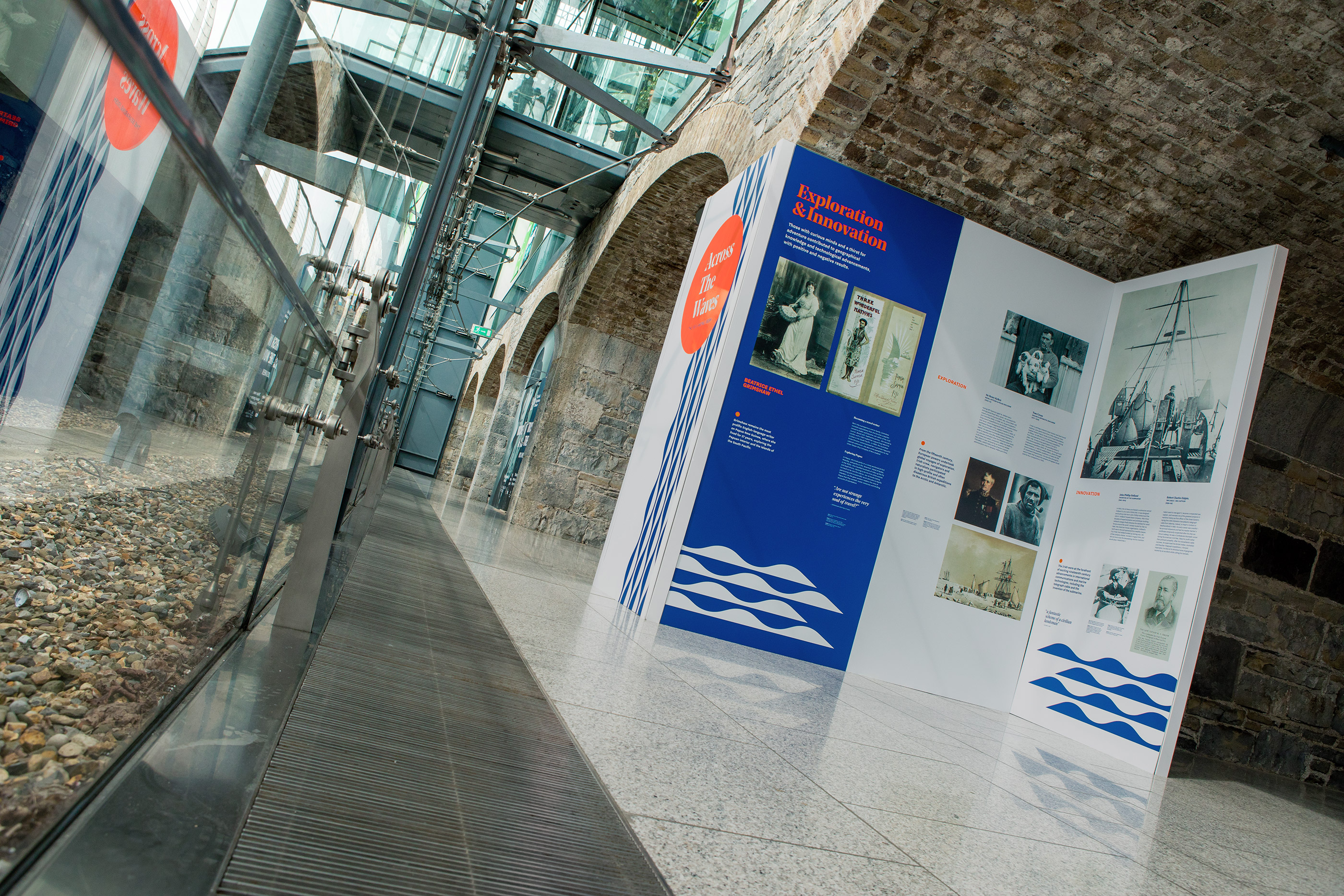 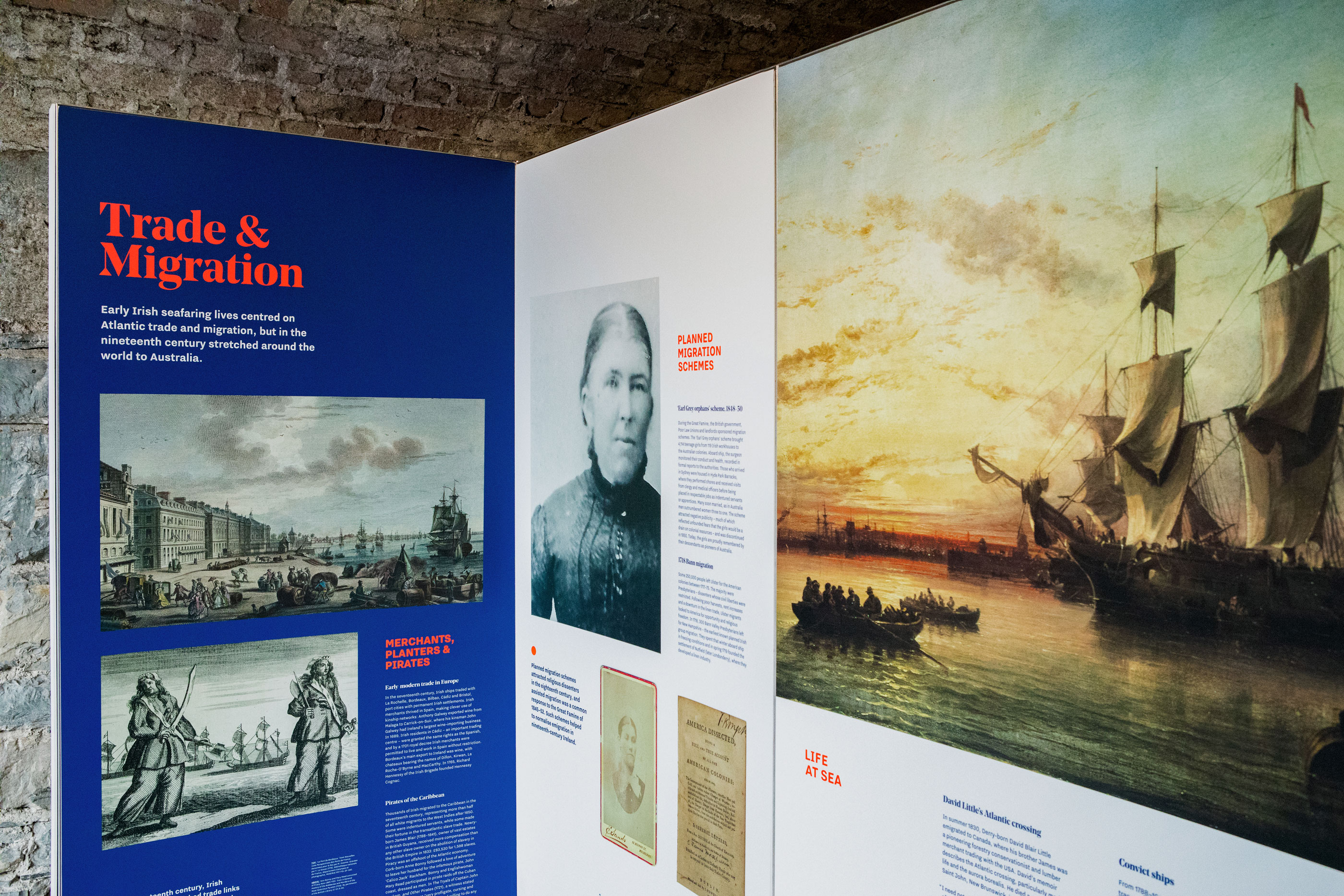 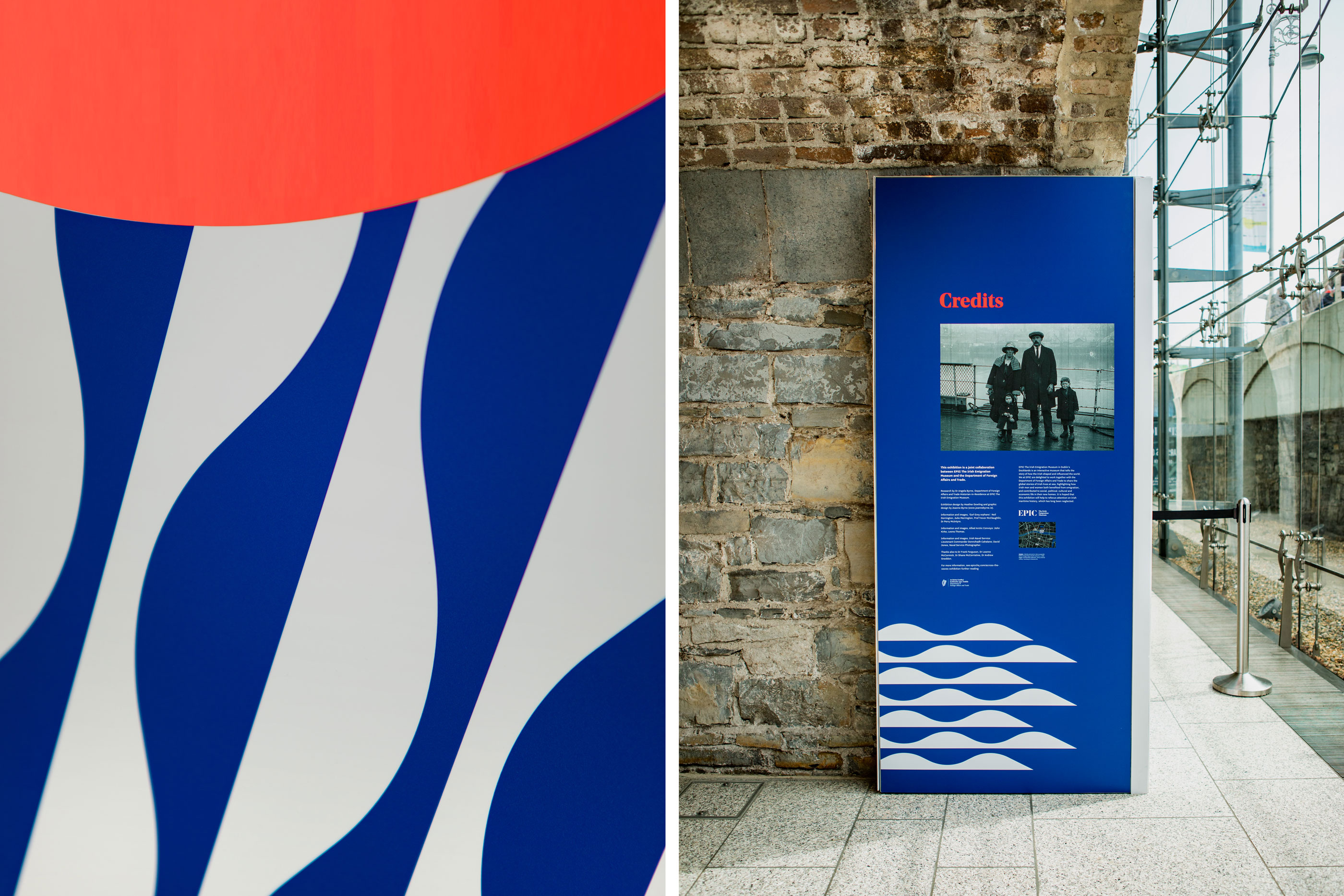 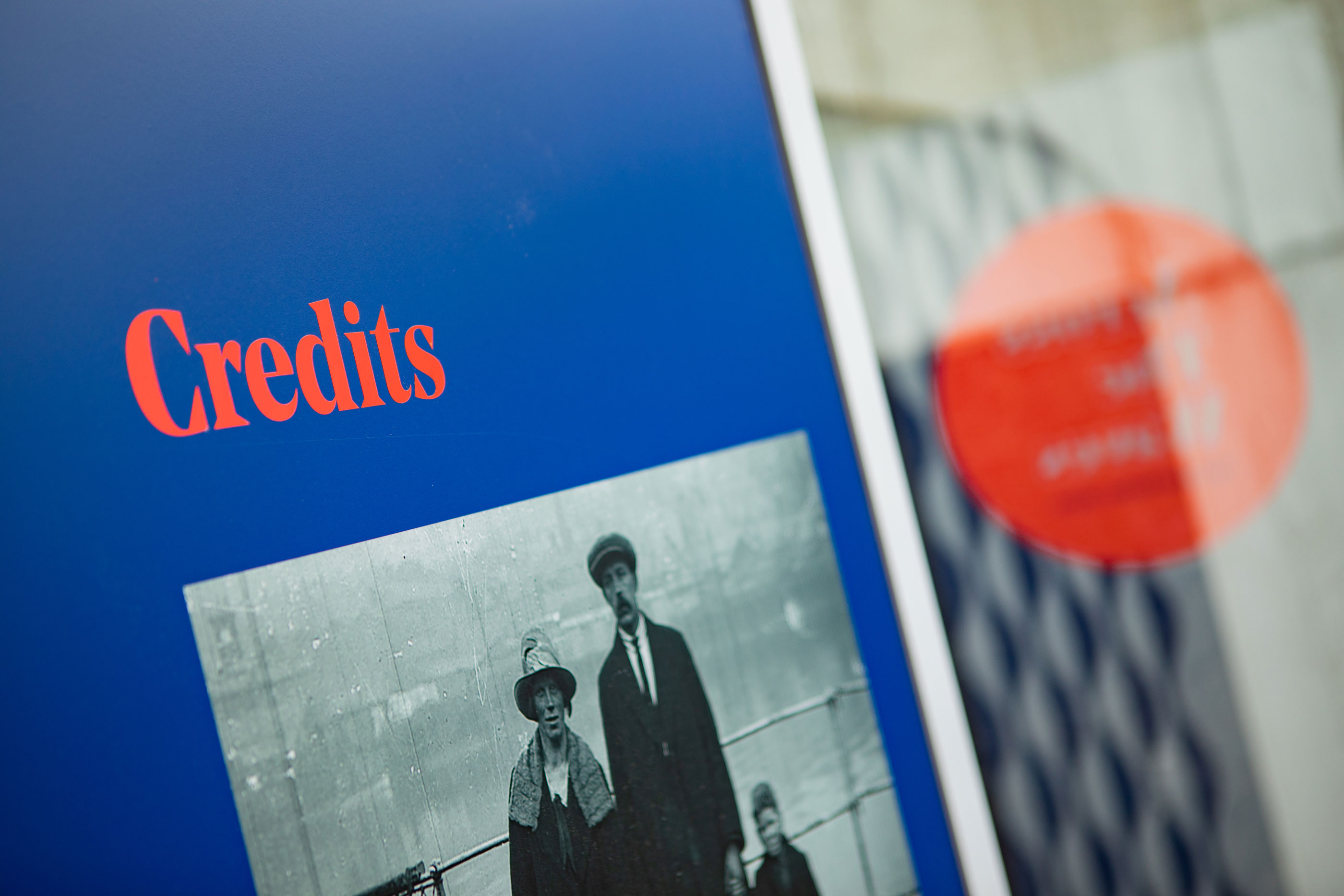