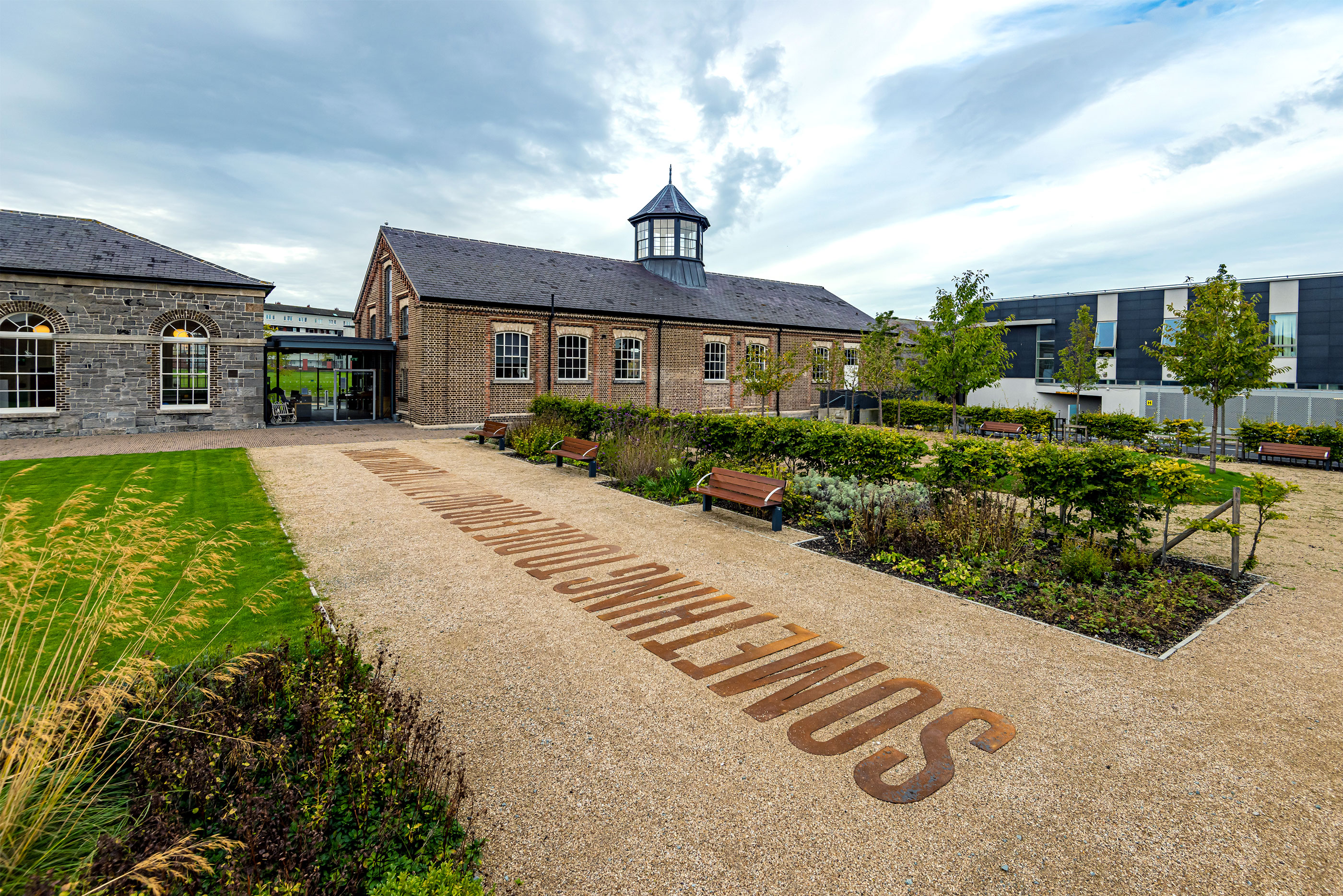 In the aftermath of the 1916 Easter Rising, over 3,000 suspected rebels were arrested and taken to Richmond Barracks. The leaders were soon identified and held in the gymnasium to await their trial. The field general courts-martial took place in the officer’s block which was a short walk across the officer’s square, where this garden now sits. On the 2nd May 1916 the court-martial trials began and within ten days fourteen men were sent to Kilmainham Gaol for execution.

Dublin City Council commissioned me to design a garden installation to commemorate the walk taken by 186 men and one woman, and to communicate the uncertainty of their return walk, yet to be sentenced and unsure of where their next steps would take them, Kilmainham for execution, the North Wall for deportation or home.

During my research, I came across a diary entry from Countess Markievicz (Constance Gore-Booth), the only woman to be court-martialed: “Nature should provide me with something to live for, something to die for”. I felt its sentiment was very personal yet universal and could convey the motivations, hopes and fears of all those who walked to their court-martial. The reference to nature felt fitting given the garden setting.

I saw in the quote the opportunity to interpret the outward and return journeys by flipping the direction of the type. ‘Something to live for’ guiding you out and ‘Something to die for’ leading you back. Creating a path with Markievicz’s words felt appropriate, not only to mark the walk but also to avoid interrupting the views of the historic façade of the Barracks with a vertical structure.

My hope is that as you walk along this installation, you will have one foot steeped in the historical significance of the site and the lives of those who were court-martialed and the other foot grounded by what these words mean in your life. 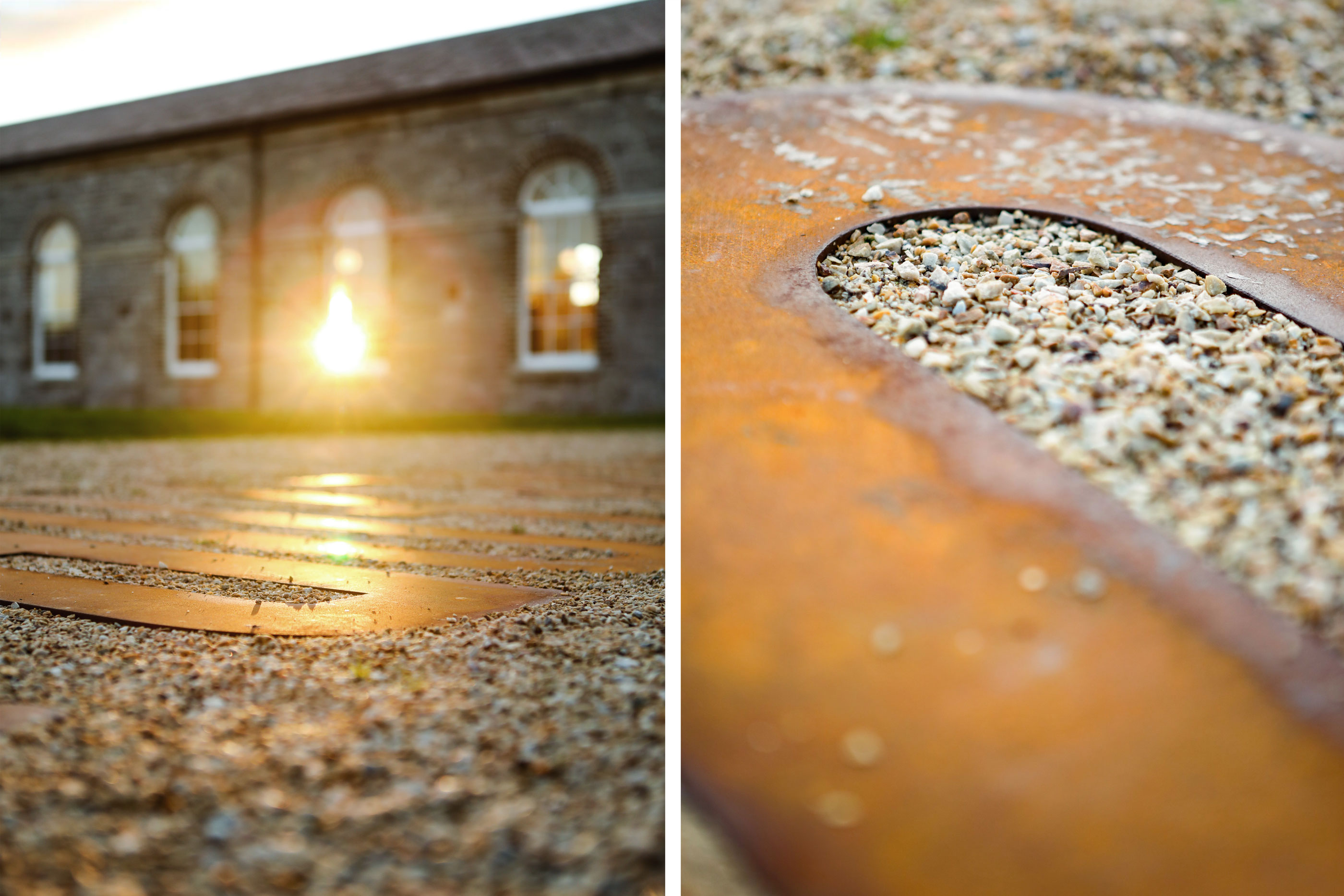 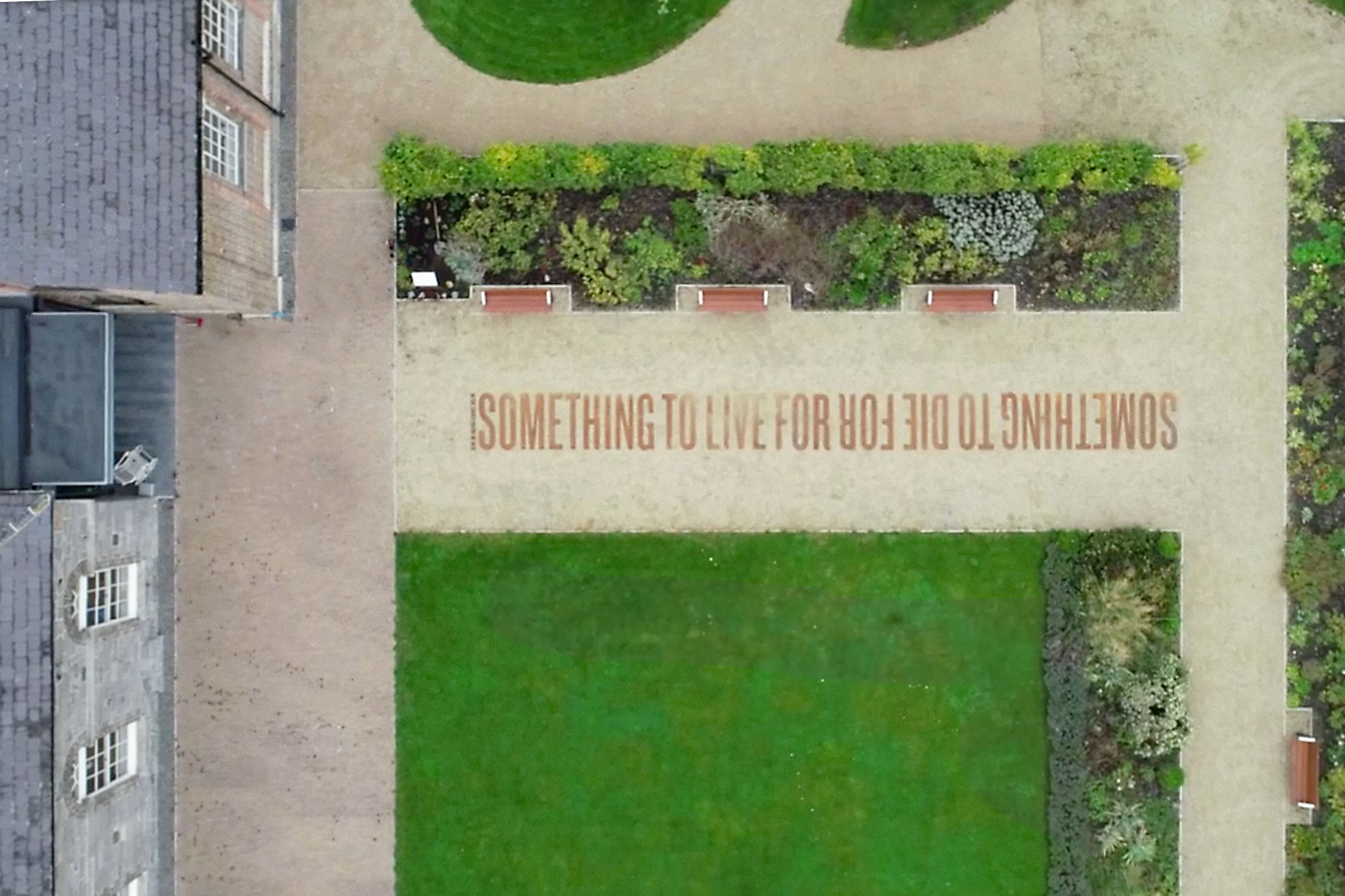 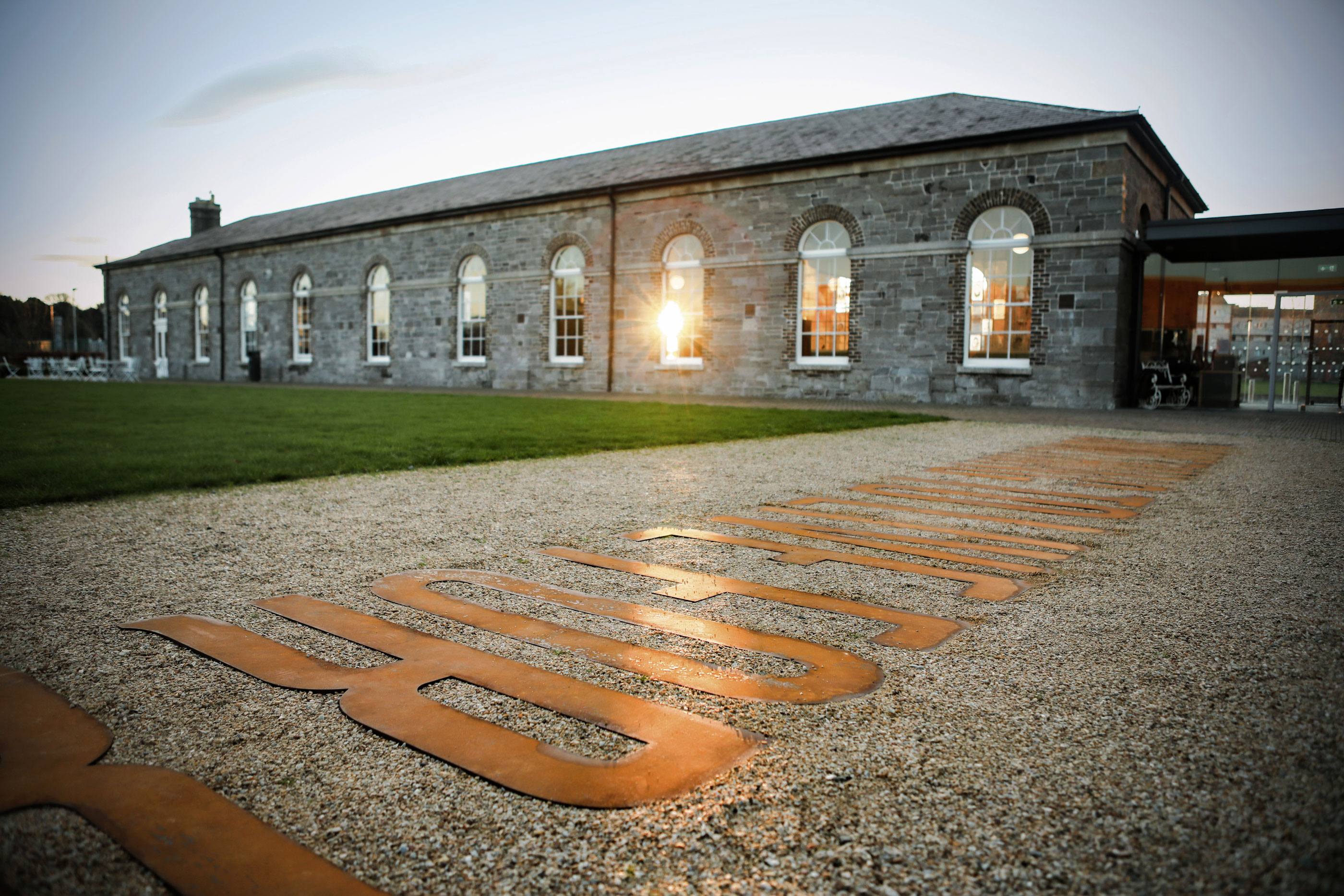 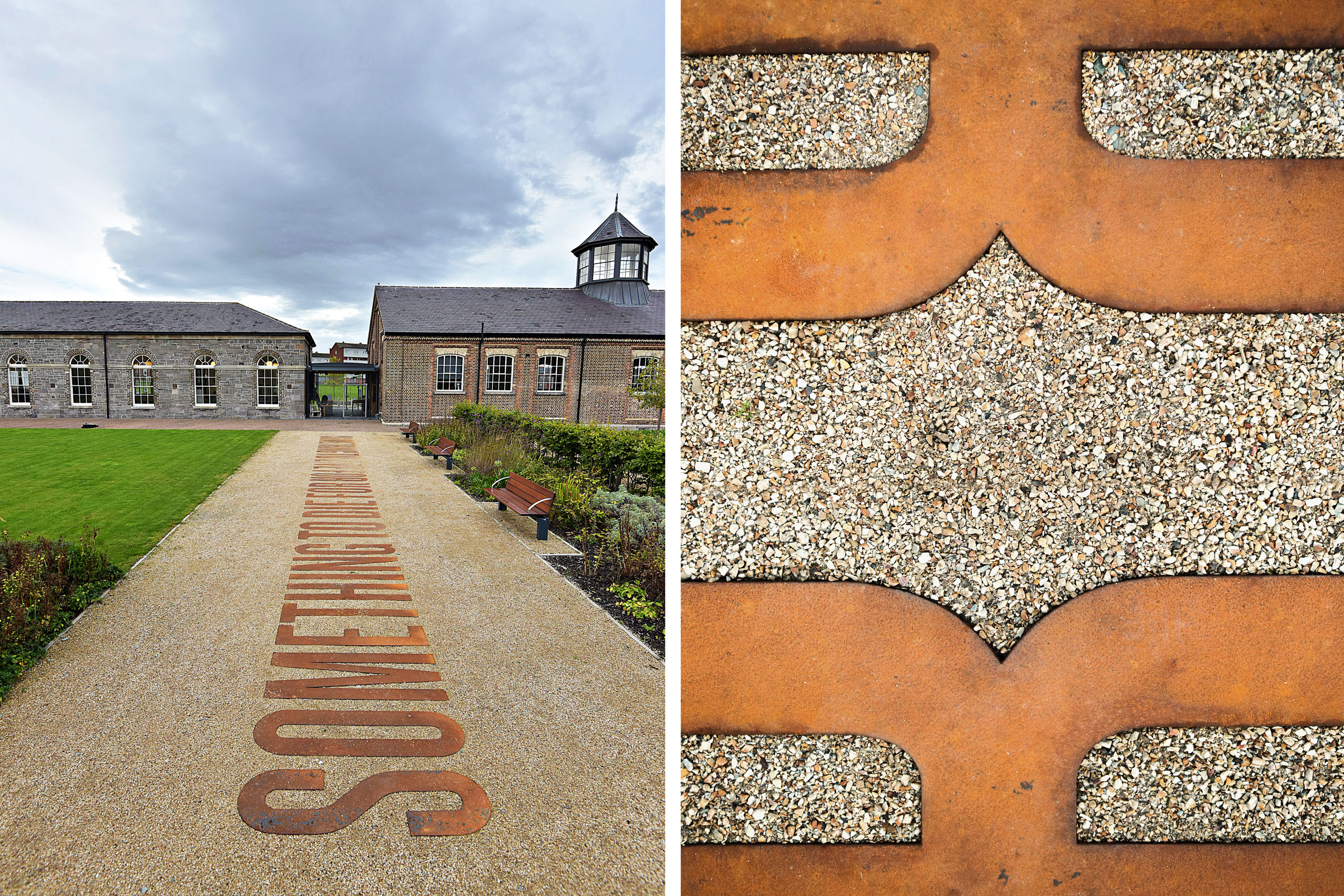